The presentation of the St. Mungo Statue to City of Glasgow College
Thursday 18th October 2018 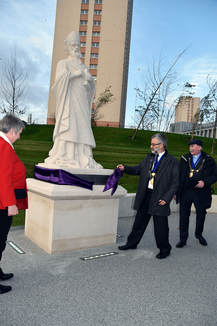 The culmination of the ceremony was the unveiling of the plaque commemorating the event.

There was an excellent turnout for the unveiling with Deacon Convener Tom McInally present along with the Deacons of the Gardeners and the Bonnetmakers and Dyers.   Quite a number of the Master Court were also present as well as a number of staff and students from City of Glasgow College. 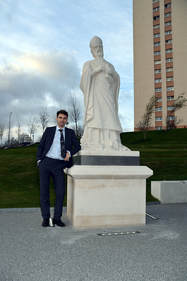 Sculptor Roddy McDowall with Big Mungo.
We were fortunate that  the Sculptor, Roddy McDowall was able to attend the ceremony and he spoke very eloquently on his experience in turning a huge piece of Portland Stone into the magnificent one and one third life sized statue of St. Mungo.

In Roddy's speech he mentioned that he had been a student at the College and praised the staff who had developed his stone masonry skills.   He was also keen to mention that the Incorporation had sponsored him when he was studying sculpture in London and also for the support and trust that the Incorporation had given him in offering him the commission to create St. Mungo.

The face of St. Mungo is one that some of the past students and staff of the College may well recognise as it is the face of Roddy's father, Gordon McDowall who had been a lecturer in the College prior to retiring.
The College laid on a lovely reception with displays of the progress of the creation of the sculpture and there was a video playing of Roddy hard at work carving the statue.   At the end of the evening the College had lain on a buffet for all present. 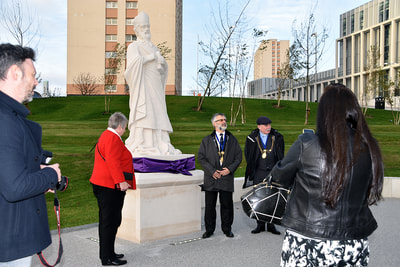 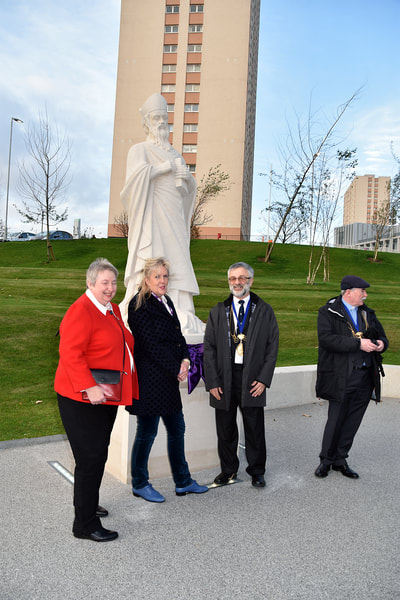 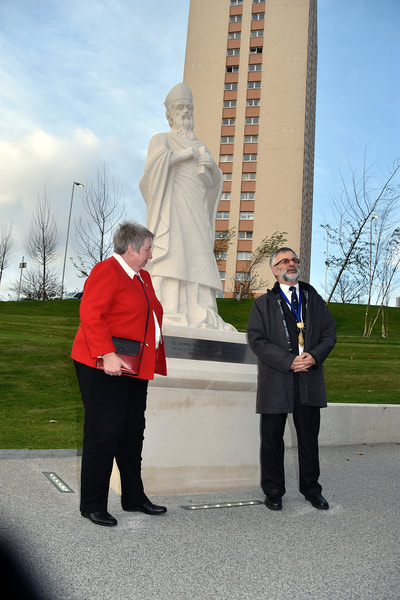 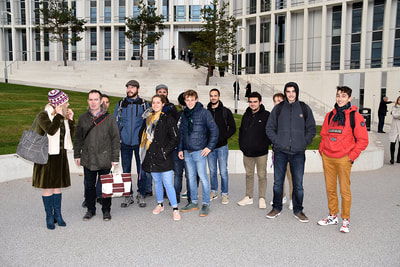 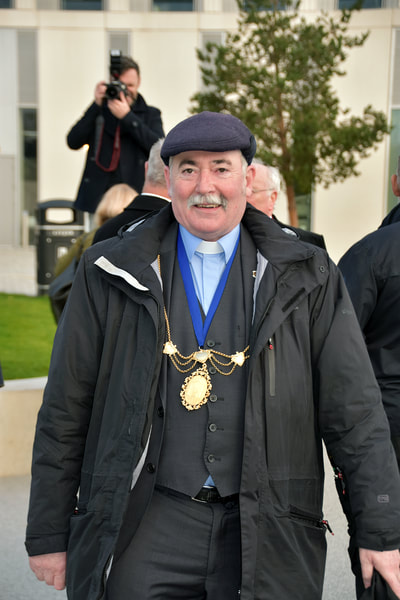 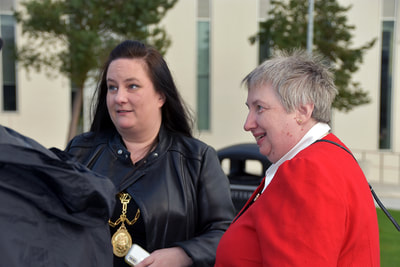 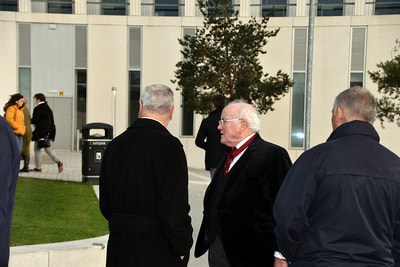 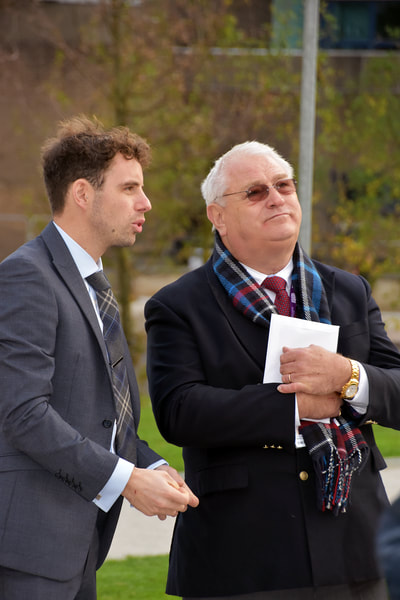 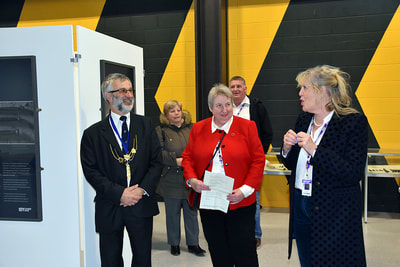 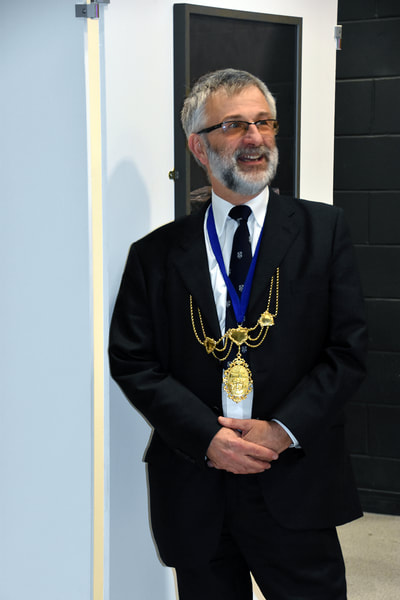 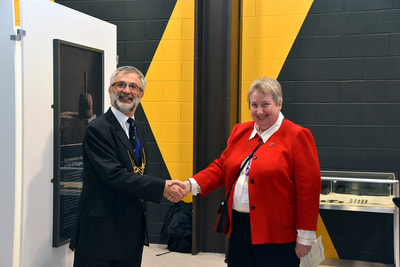 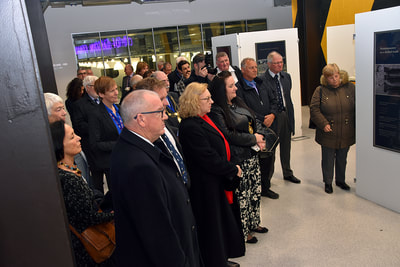 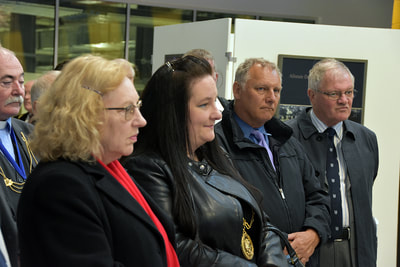 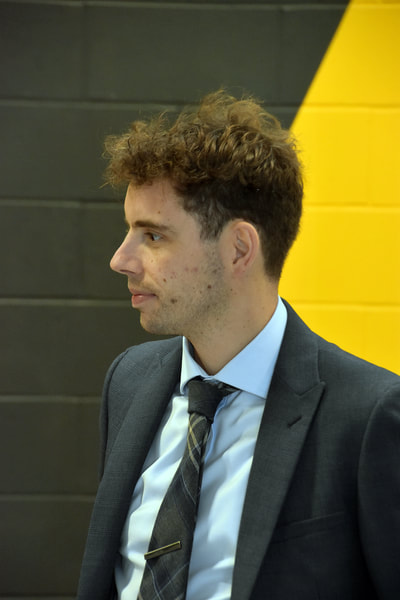 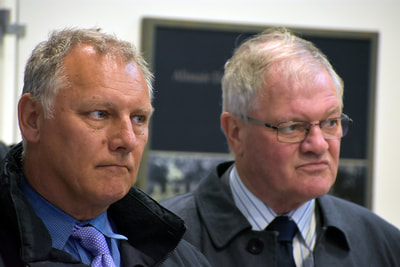 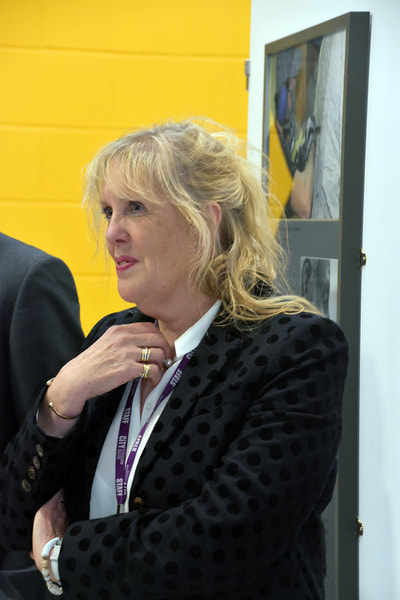 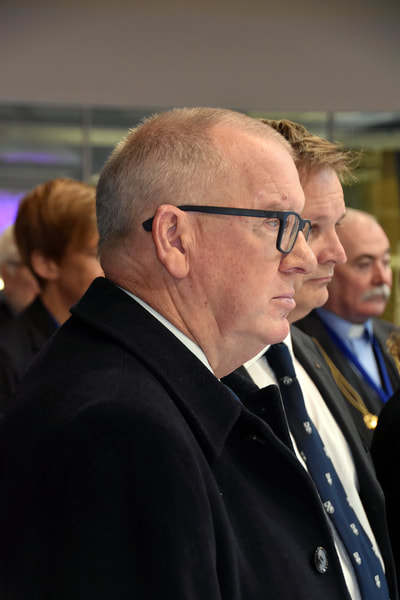 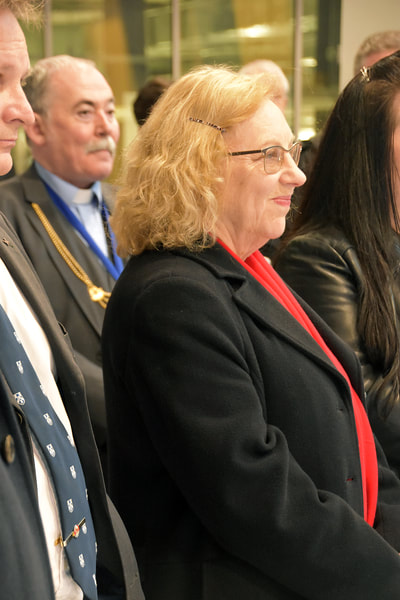