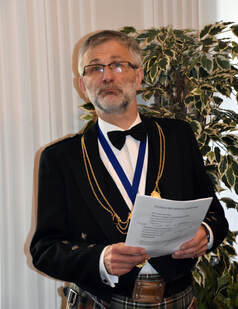 Deacon Gordon Weetch
The Merry Masons' Box Opening was another great success in the year of Deacon Gordon Weetch.    There was a super turnout of members and guests and the evening started in the Robert Adam Room where Past Deacon Gary Smith and Late Collector John Brown opened the ancient and new Boxes to enable Deacon Gordon to place into the Box some items from his year.

The first item that Deacon Gordon placed into the box was a piece of tartan from his new kilt which he had to purchase as due to the numerous dinners that he had attended, had now reduced in size.   When purchasing his kilt, he also bought a new kilt pin and was expecting to pay £15 for it but due to an electronic error, it was charged to his account at £15000.   Fortunately Deacon Gordon managed to recover the excess and the receipt will be placed in the Box as a reminder to all to be wary when making purchases.  Deacon Gordon was delighted to place in the Box the Annual Army Cadet Review for Glasgow and Lanarkshire Battalion who we had affiliated to at the start of his year.   The next item for the Box was an invitation to the Army Cadet, Beating of Retreat at Edinburgh Castle which he had attended as Deacon.   Lastly, or so he thought, he placed a piece of Carrera Marble into the box.   This was an offcut from the two busts that Alistair Denovan had been commissioned by the Incorporation to sculpt.

Colonel Alec MacNamee at this point presented Deacon Gordon with a Royal Regiment of Scotland Cap Badge, which he duly placed in the Box. 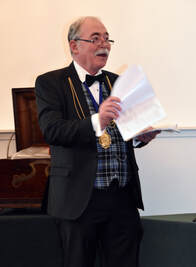 Collector David duly placed his programmes in the Box. 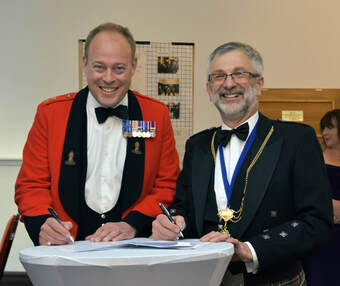 ​Both the Deacon and Lt Col. Smallwood gave a short speech indicating their pleasure and desire to make the Affiliation a worth while exercise which would be a great encouragement to the men and women of the Royal Engineers. 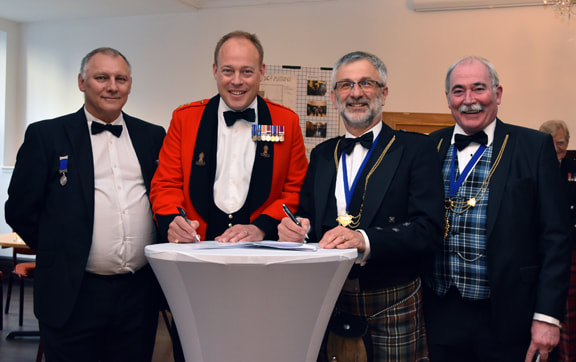 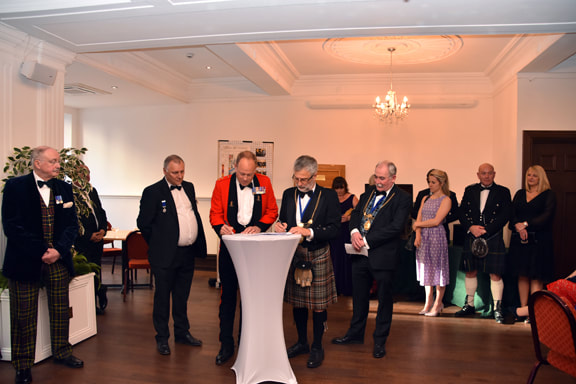 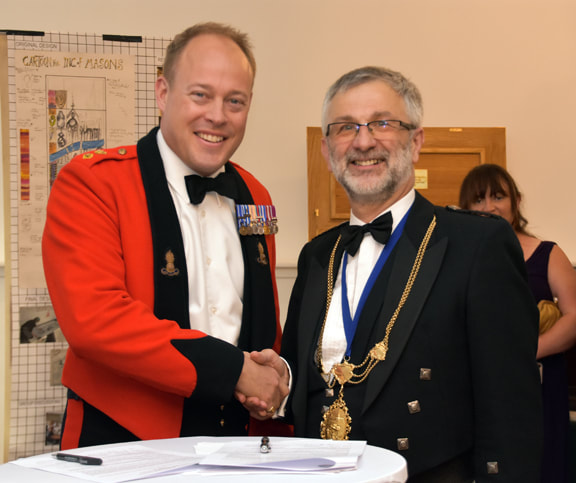 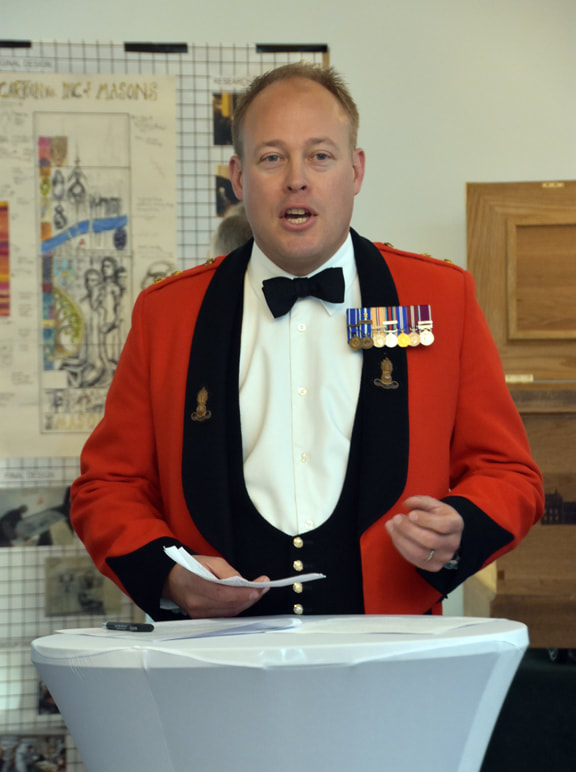 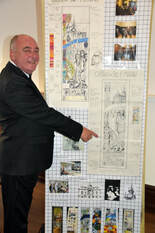 George McNeillie showing some of the intricate detail.
We were fortunate in having George McNeillie from City of Glasgow College with us and he enthralled the audience with an update on the design and planned completion of the Incorporation's Stained Glass Window which will be placed into the Royal Infirmary later on in the year.

George explained the design concept and how the students had achieved all that the Incorporation had asked of them.   Each intricate detail and the reason for it was explained and everyone made sure that they examined the art work prior to going for thie evening meal. 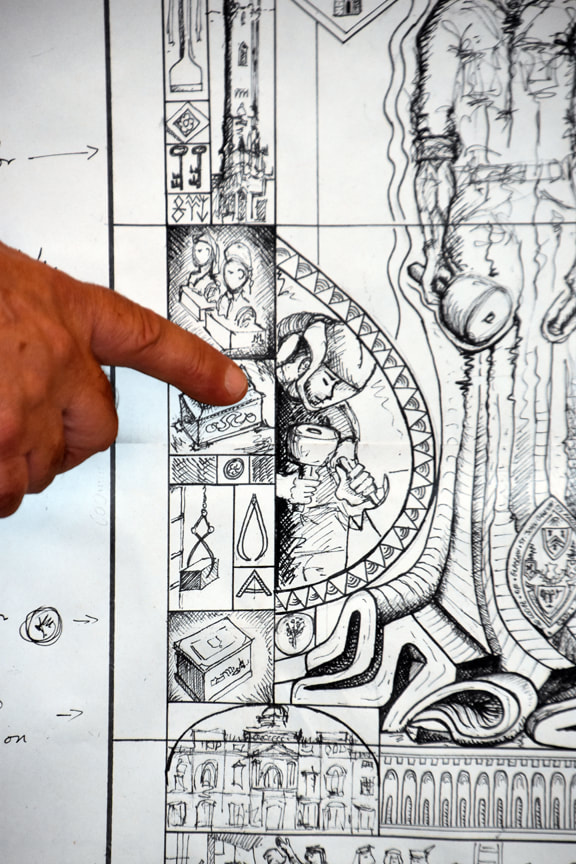 One small section of the Window shows a modern Stone Mason at work. 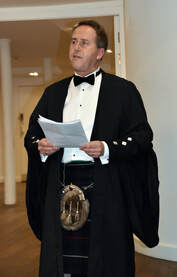 Clerk Tom Monteith reading the minutes of the evening.
The evenings' events were recorded by our Clerk, Tom Monteith and he read a very amusing minute of the proceedings before everyone removed themselves to the Saloon for the evening meal and musical entertainment.

The food was very good and the wine flowed freely as everyone enjoyed the convivial company and warm friendship of the Merry Masons.

​During the meal we enjoyed the piano playing of Johnathon Buchan who played on Ricky Fulton's pianos which had been given the Trades House by his wife after Ricky's demise. 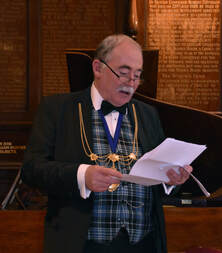 Rachel is an accordionist from Oban. She has been immersed in the traditional music scene on the west coast of Scotland from a young age through the fèis (“FESH”) movement which provides economic workshops for traditional musicians during the holidays. She is currently in her first year at the Royal Conservatoire of Scotland.
Rachel has a private recital coming up next week on the 7th June.

Isla Ratcliff is a Scottish traditional fiddle player. She is a Scots singer, composer and songwriter from Edinburgh, with a background in classical violin and piano. She started studying classical violin aged 5, first through the Suzuki method and then at the City of Edinburgh Music School. After studying a BA Music degree at Oxford University, she is now studying a Masters degree in Scottish traditional music at the Royal Conservatoire of Scotland.

Isla is performing her recital ‘Music of the Munro’s’ tomorrow, Wednesday, at the Centre for Contemporary Arts at 12:15pm.

Rachel and Isla have also recently teamed up and started a new Ceilidh band called ‘Stramash Ceilidh band’ alongside guitarist, Emily Shields. What you would call a real girl band!​

​Everyone thoroughly enjoyed the entertainment and I am certain that we will see these two young ladies in headlights for many years to come. 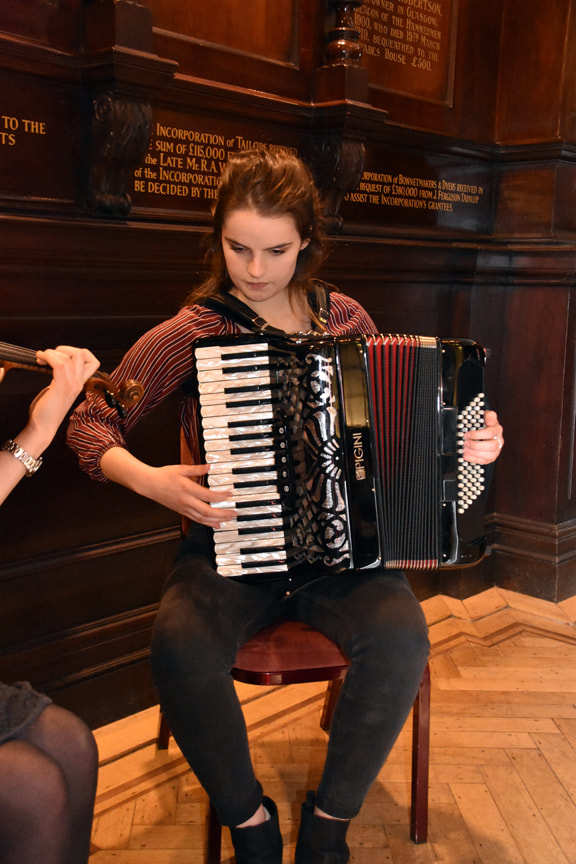 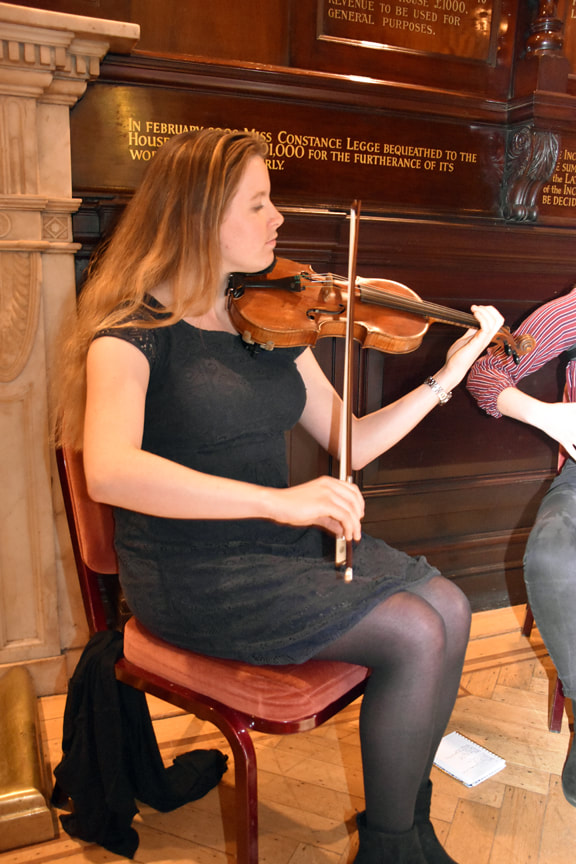 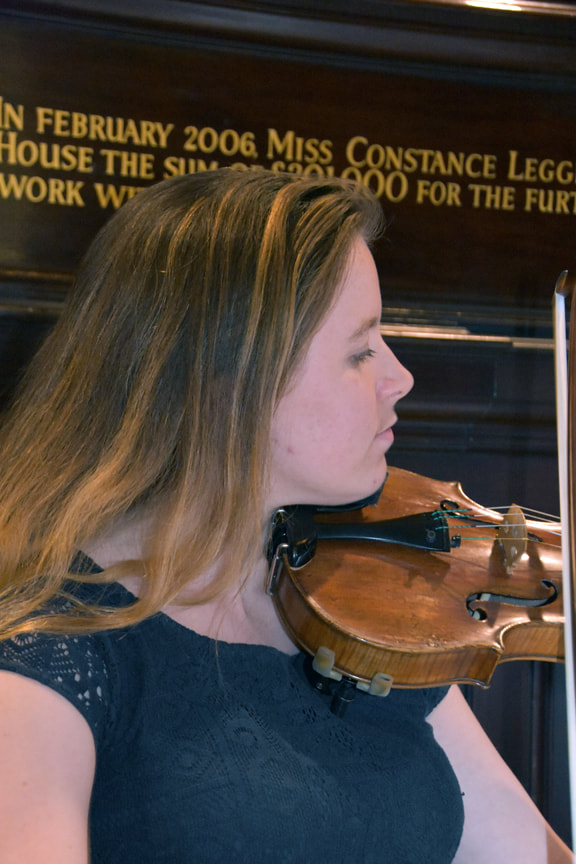 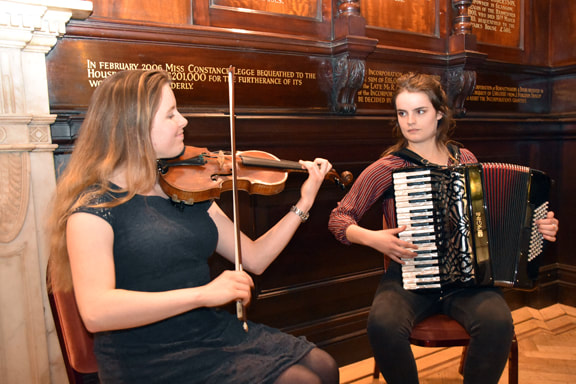 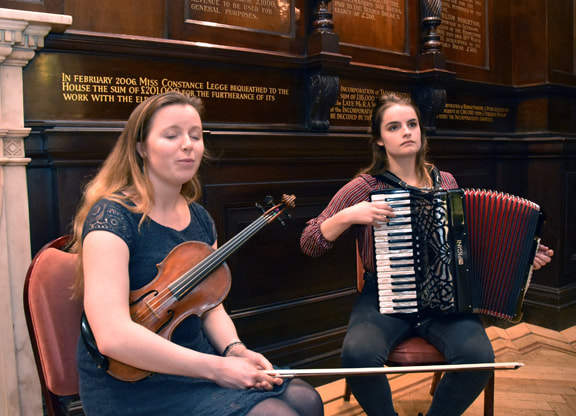 Interspersed between the wonderful musical interludes was the speeches all of which were short, interesting and informative.   The evening was concluded with the most senior Deacon Present, Past Deacon Ian Macpherson rapping the shed in accordance with ancient tradition. 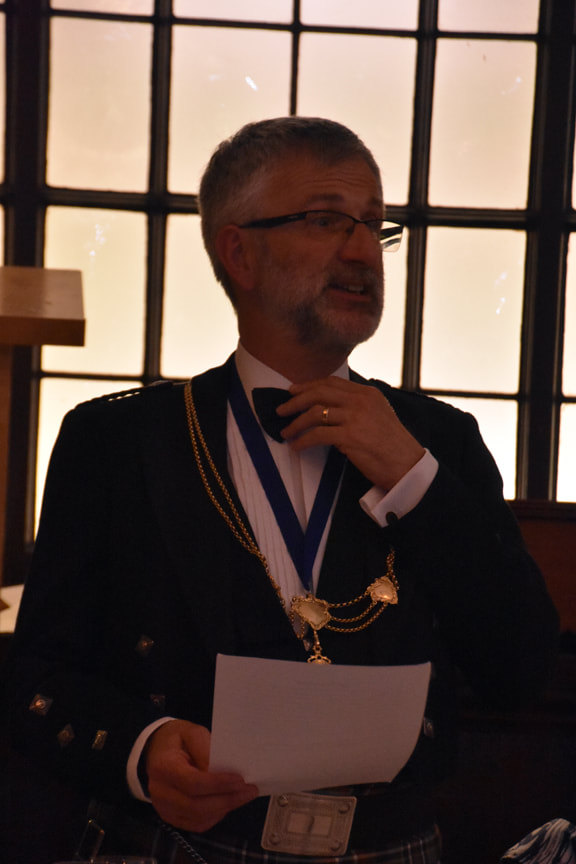 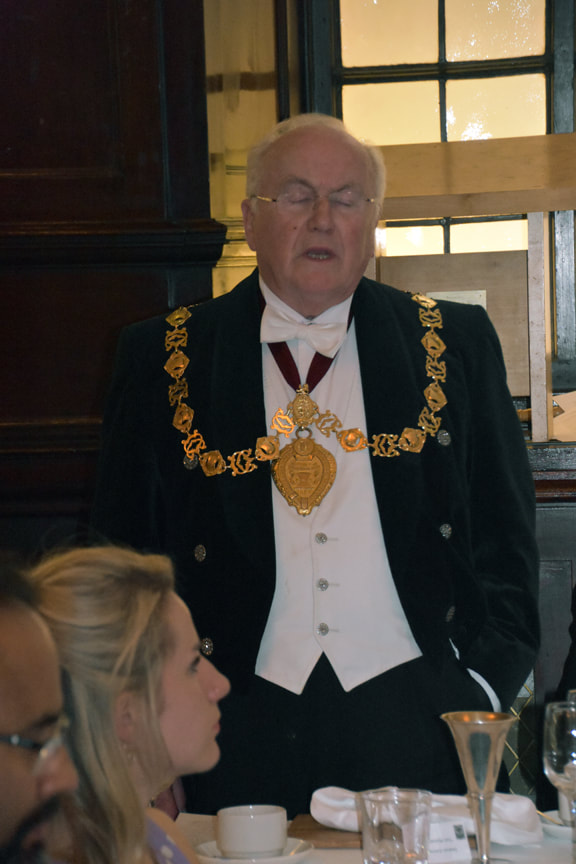 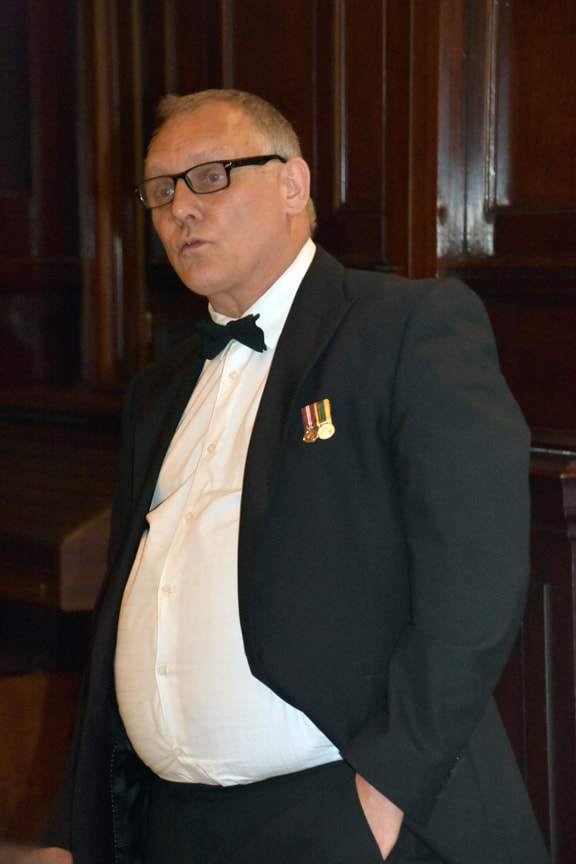 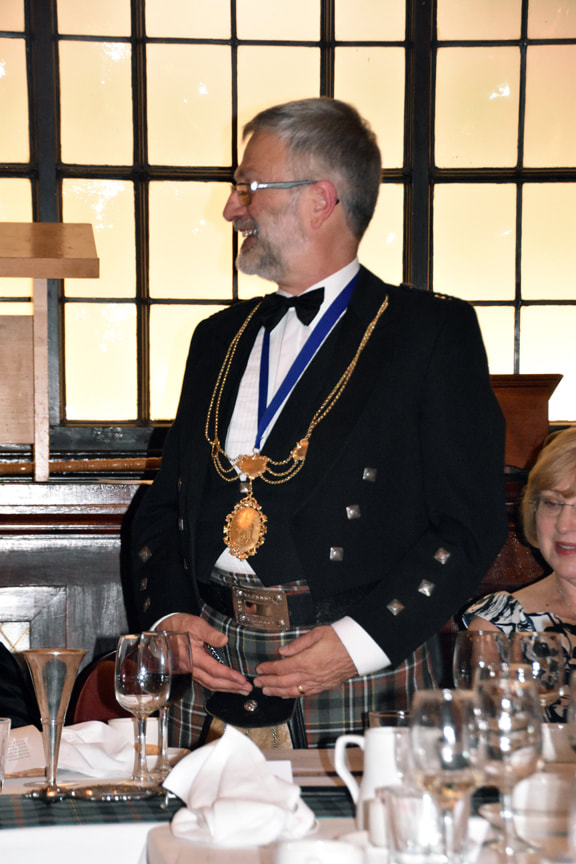 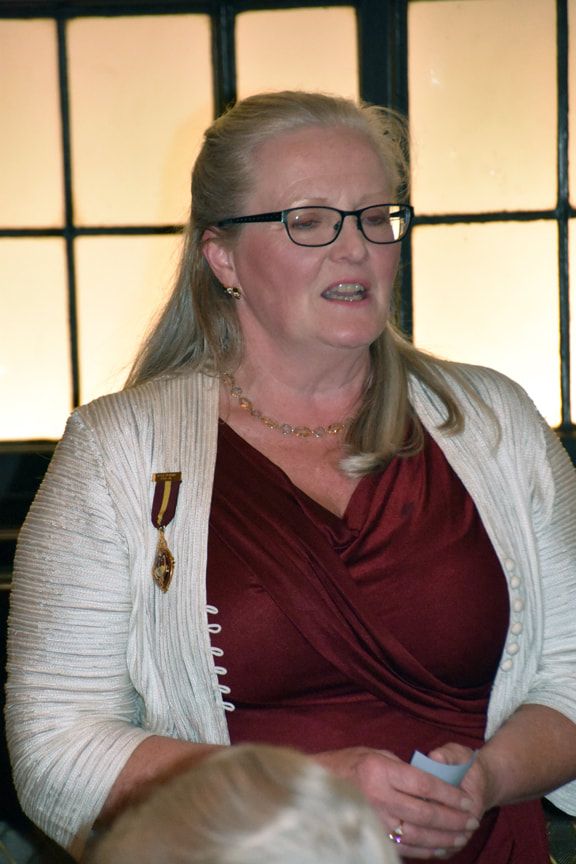 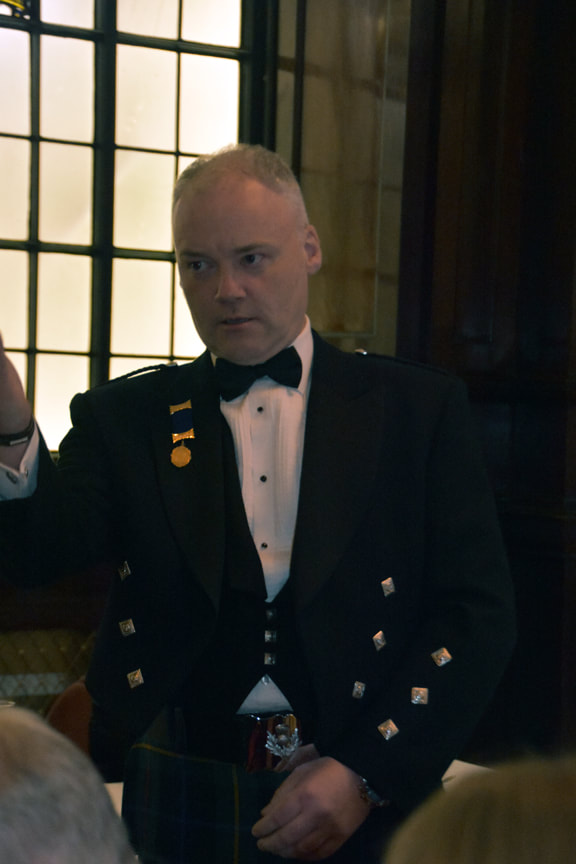 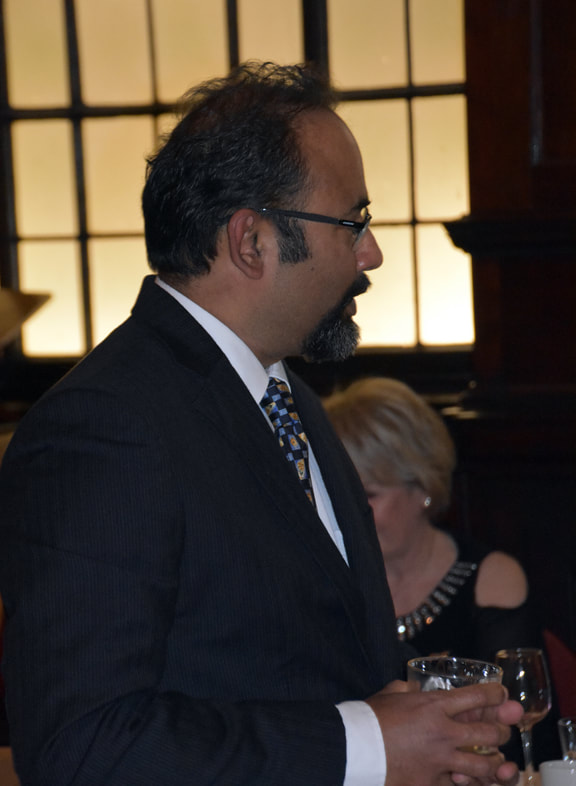 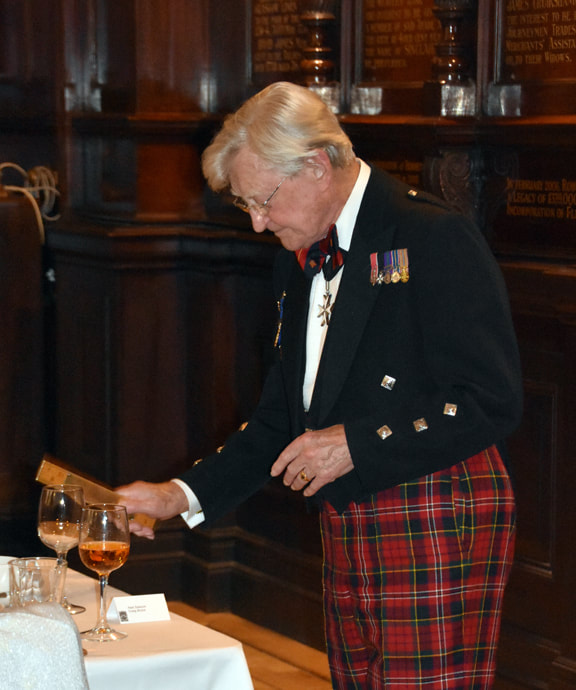