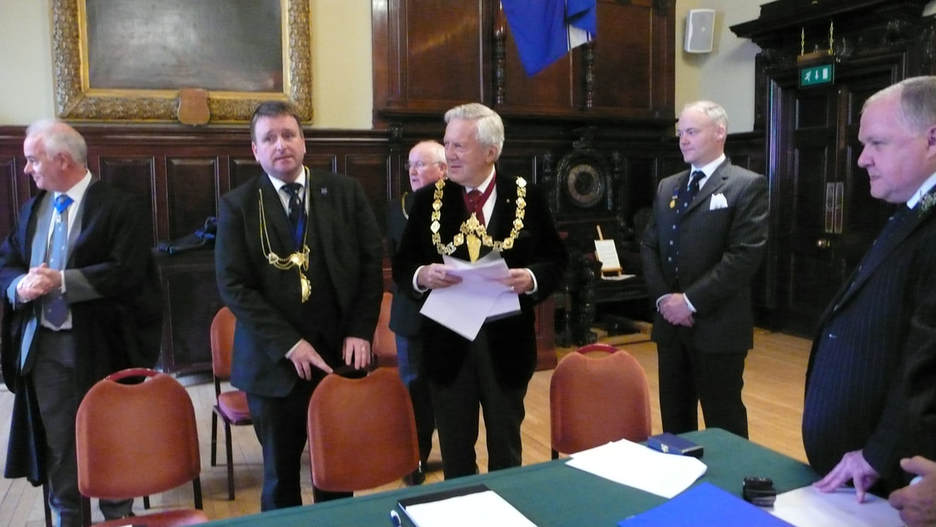 Deacon Gary Smith demitted office and chained the new Deacon David McLaren took his oath and then took the chair and the meeting agreed that the Collector had fulfilled his duties and was honourably discharged as Collector.   Normally the new Collector would be chained and take her oath but due to medical reasons Jenny Kelly could not be present and Late Collector Gordon Weetch agreed to continue to act as Collector until Jenny is well enough to take over her duties.

Deacon Convener Keith Brown, Collector of the House Tom MacInally and the Clerk to the House John  Gilchrist paid the meeting a visit to congratulate the new Deacon on his appointment to the highest office in his craft.   The Deacon Convener also made complimentary remarks about Late Deacon Gary Smith and the work of the Incorporation in supporting the House.   When the Deacon Convener asked Archie Elliott (aged 7 years) if he was a new member, he replied that he had been a member for seven years.

After the visitors had left the meeting, Tom Monteith, our superb Clerk read the minutes of the meeting and Ian Macpherson, the Auldest Deacon present rapped the shed to close the meeting. 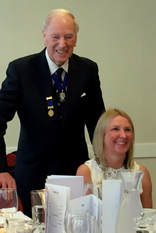 The lunch was therefore moved to about a week after the Choosing Meeting and the Master Court and Past Masters met in the Reception Room to cheer on the new Deacon.   Deacon David McLaren outlined his vision and aims for his year as Deacon and a resounding applause was given in support of his ideas and approach.

As part of this meeting the Deacon's Lady is chained with the Deacon's Chain to become the Queen of the Masons and this honour was carried out by the auldest Deacon present, Ian MacConnacher.
Credits: The Incorporation of Masons is delighted to acknowledge the help and assistance given by George Mahoney, Photographic Lecturer and Graeme Hamilton, student
both at John Wheatley College, Glasgow in photographing most of the items on the website.